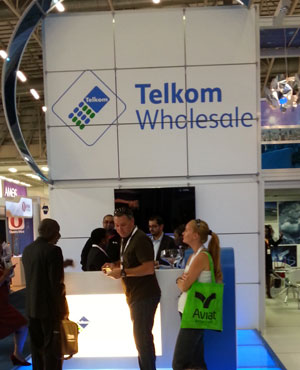 News24.com recently interviewed our CEO Simon Leps and provided us with this enticing article.

Telkom should be unbundled as a way of speeding up competition for broadband services in South Africa, an industry player has asserted.

Fontera Digital Works said that the state owned operator should be split into a wholesale and commercial divisions, with only the wholesale division holding ownership of the infrastructure.

“Telkom should be split into two companies – one should be an infrastructure company that provides broadband and fixed line infrastructure to direct to consumer ISPs and telcos, this company should be prohibited from dealing with end consumers,” CEO Simon Leps told News24.

He added that the commercial division would have to compete with other providers to offer services.

“That way there is a single company that is responsible for providing broadband and fixed line infrastructure to all others in SA. It also stops Telkom from being its own customer and forces it to provide a level playing field for all other ISPs.”

It also calls for a clarification of the roles of government and state-owned enterprises like Telkom.

Some have called for broadband to considered as a fourth utility to speed up the rollout of services.

“The government should look at broadband as a fourth utility – that’s the only way it can work,” Alpheus Mangale, managing director of Cisco told News24 recently.

Broadband should be added to the existing utilities of water, electricity and sewerage to facilitate faster rollout of services, especially in rural areas, Mangale insisted.

Leps generally agreed with this view, but added that the development of infrastructure was key in the process.

“While there is no guarantee that this will result in improved high speed access, this is at least a step in the right direction. The bigger issue here is making sure there is a government backed company that is directed to build broadband infrastructure in the country in order to make this available to everyone.”

While ISPs in SA generally operate with an ECN (Electronic Communications Network) licence, Telkom is seen as key because it has control of the “last mile” infrastructure to homes.

“Telkom is a betwixt and between beast. It has significant state ownership, but it has significant private shareholders and the two drives there are different,” Dominic Cull, Ispa (Internet Service Providers’ Association) regulatory advisor told News24 in 2012.

Leps lamented the speed and cost of South Africa’s broadband service where it was available.

“The high cost of broadband speed, in comparison to international rates, has become a barrier to start-up businesses, especially tech businesses that require online access at all times and affordable hosting, as they simply cannot afford the costs,” he said.

The package costs R3 656, is shaped and not universally available. The telco was careful to point out that the service was not guaranteed at 40mbps because of hardware quality and other factors.

On average though, SA currently ranks 123rd in terms of internet download speed globally, with an average of 4.03mbps.

Broadband prices have declined in the last few years, but Leps said that unless costs came down significantly with competition, businesses would suffer.

“In the near future I hope to witness an increase in industry competition so that broadband service providers can lower their prices and businesses can take advantage of these prices.”