For a while now it seems like everybody is jumping onto the Freemium business model for their apps. It’s the word on every developer and entrepreneurs lips. Freemium. Freemium.We must go freemium. Freemium is the future.
But, what is freemium? you may ask.

Well, in a nutshell freemium is a pricing strategy where you offer a product, in this case an app, for free, but money (premium) is charged for additional features, functionality or goods. This is known as an In-App-Purchase.
The word freemium is a neologism combining two aspects of the business model: free and premium.

At first the freemium model looks like a win/win scenario for developers and consumers.
Consumers can ‘try’ an app without committing to actually purchasing it, and developers can get their apps out to users without them having to cross the ‘cost’ barrier. Hopefully, the reasoning goes, they’ll be able to monetize their users once they’re in the door and using the app.

There has been such excitement about the freemium model that Nicholas Lovell’s book ‘The Curve: From freeloaders to superfans: The future of business’ became an instant bestseller.

But now the cracks are beginning to show in this business model. If you’ll excuse the pun; it’s not all it’s cracked up to be.

Google has just announced that freemium apps will no longer be listed as ‘free’ in the Play Store – and Apple looks set to make a similar move. Apple have already placed restrictions on In-App-Purchases in children’s apps after they had to pay back $32 million to irate parents.

Going the freemium route, at first glance, appears to be a no brainer, but it has to be done just right.
Your app has to function properly without users having to purchase anything more, or has to function just enough to whet their appetites for more features. However, if you give them too many features/functions, there is no incentive for them to purchase anything more – and they’ll happily just use your free app without ever upgrading. Give them too little, and you’ve crippled their experience, and they’ll be unwilling to pay for more. It’s a definite balancing act, one that is not easily achieved.

Another issue with the freemium model is that users may not know why you’re offering an app for free.

Making something free could imply that you don’t think your product has any intrinsic worth, or that you somehow need to trick customers into using your app, and that hopefully, eventually, they’ll find some value in it worth purchasing.  Freemium doesn’t exactly inspire confidence in users.

They know they’re getting something for free, but not everything, and sooner or later they’re going to have to cough up some cash, because nothing in life is actually free.

There is an inherent sense of distrust in getting something for free, because you know you’re going to be hit up for money sooner or later.

Mention a successful freemium game, and people will instantly think of Candy Crush Saga.
Its an app that’s been downloaded in excess of 500 million times, and boasts about 7.3 million active users, generating about $800,000 per day.
At first the numbers look really impressive – but (don’t forget the ‘but’) they’re not really.

500 million downloads, but only 7.3 million active users? That means just over 1.5% of users are actually using the app. It was reported that 50% of King’s (the developers) income is derived from less than 1% of their active users.
I’m willing to bet that those in-app-purchases are not coming from people who enjoy the game, but rather from people who are hopeless gambling addicts. Because, honestly, who in their right mind will pay 99c just to get five extra moves?
That 99c doesn’t unlock the app or give you more features. No, it simply adds 5 moves to your current game with no guarantee you will even be able to finish it.

It’s fiendishly brilliant.
But, it’s not exactly a great business model if you ask me.

Also, if only 1% of your users are willing to pay for your game or app – it doesn’t really bode well for the appeal of your product.

And lets not kid, people don’t mind paying a premium for quality. Just look at Apple products or Breitling watches or Mercedes Benz. All are expensive items known for their quality. App users have learnt to know what a quality app should look and feel like. And there is ample evidence to show that they’re willing to pay for it.

A perfect example of this is a game called Monument Valley by ustwo (a small independent developer). It’s a simple puzzle game that costs $3.99… 4 times the price of an average app, and it’s been downloaded in excess of a million times since April of this year. This is an app that does not have a social aspect to it, thus limiting its virality. It was not made by a big development studio, so lacked the marketing clout of the big players. The game is short and can be completed in less than 2 hours, but that doesn’t make it any less valuable. According to reviews, and awards received, $3.99 is a small price to pay for such a quality app. And the amount of downloads speak for themselves.
Minecraft for iOS has been downloaded more than 10 million times at $6.99 a pop. The Lego games (Star Wars, Harry Potter, LOTR, etc.) start at $4.99 and go up to $9.99 or more.
People are willing to pay these prices because they know what they’re getting. They did not have to be enticed by a free offer.

Gamers, especially, are growing wary of the freemium ‘pay2win’ model. Many games from large developers like EA (Electronic Arts) and Gameloft are free to play… but you need to pay to access all the levels and features or you’re restricted by how much you can achieve in a certain time frame and have to pay to speed things up. My little Pony by Gameloft came under heavy fire for this. If you wanted to play the entire game without paying to proceed, you’d be required to play every day for over 10 years. Users also had to purchase in-app-characters to the value of $50 if they wanted to actually finish the game. Eventually gameloft dropped the number of required purchases to $9.99
But still this is a ‘free’ game that will cost you $9.99 (at a minimum) to actually complete. How free is that?

Don’t get me wrong, I am not totally against going freemium, as with anything there are pros and cons to this business model.

So before you jump onto the freemium bandwagon, you need to consider very carefully why you’re choosing this business model. Is it a sound strategy, and is it going to hinder your users’ enjoyment/engagement with the app or not? As with so many things in life, it’s not an easy decision.

Choose wisely, you must! 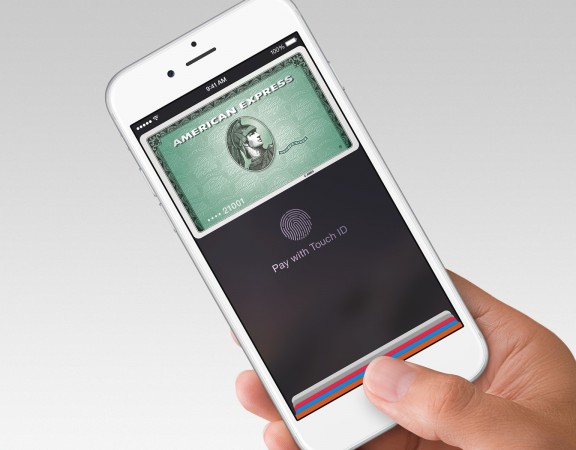